Back in mid-May I began our kitchen makeover. It was quite the project, with the DIY pieces taking over 55 hours to complete. Yikes :/. I’m so happy with the finished product, though!

I’ll give you a quick before and after photo before explaining all the changes we made. 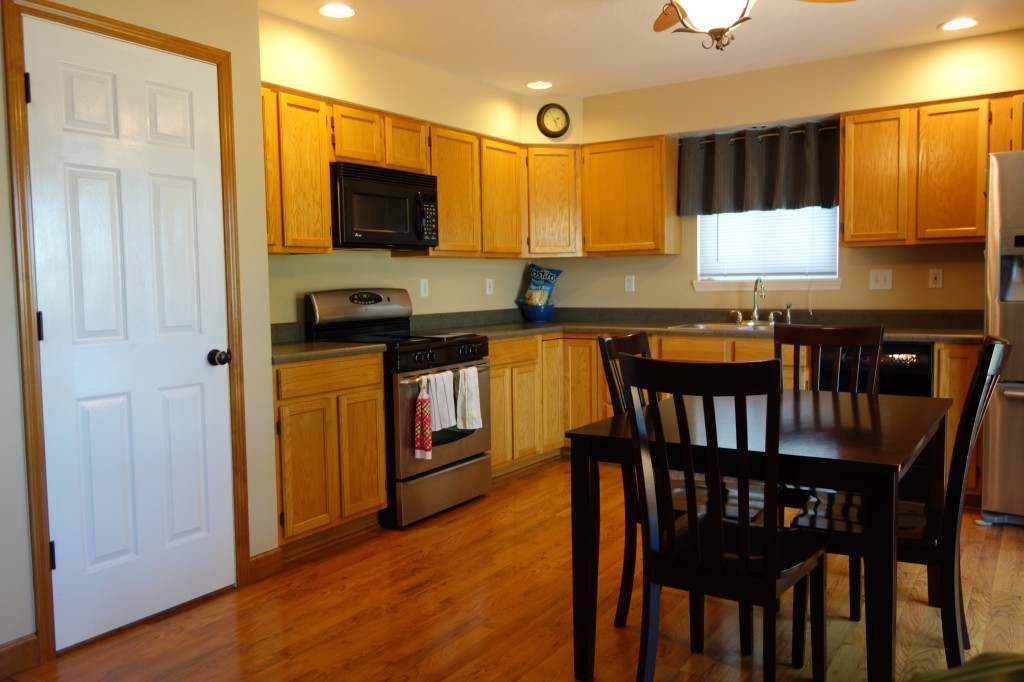 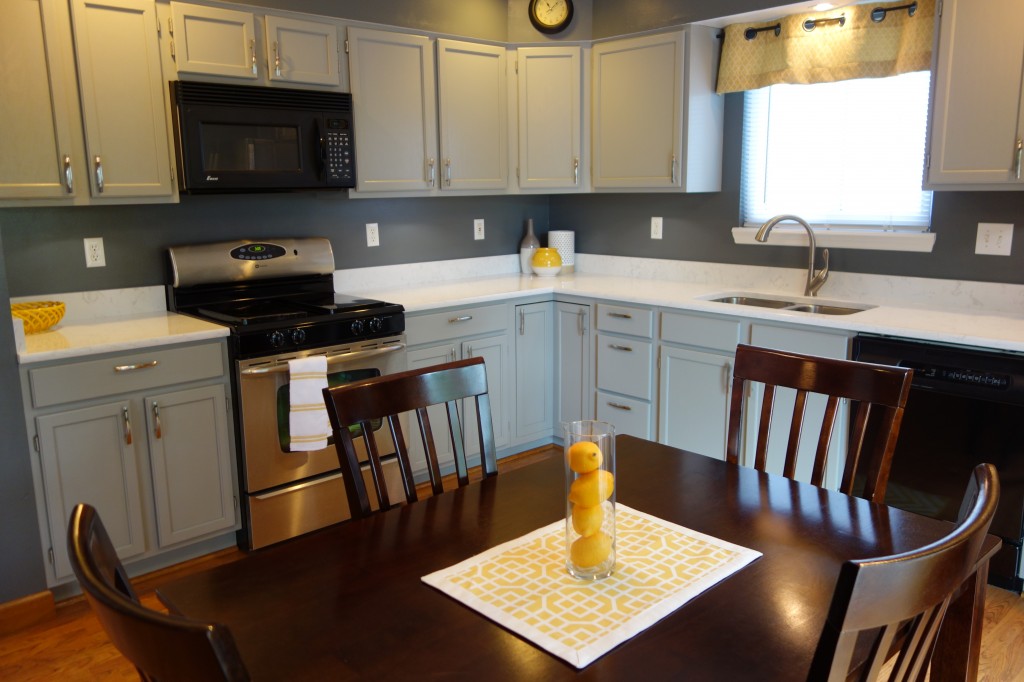 Time for the fun part – all the pictures!

New Counter and Accessories: I use the yellow bowl and white cylinder for storing fruits, onions, and garlic. It works really well. The white cylinder is actually a candle holder, I believe. 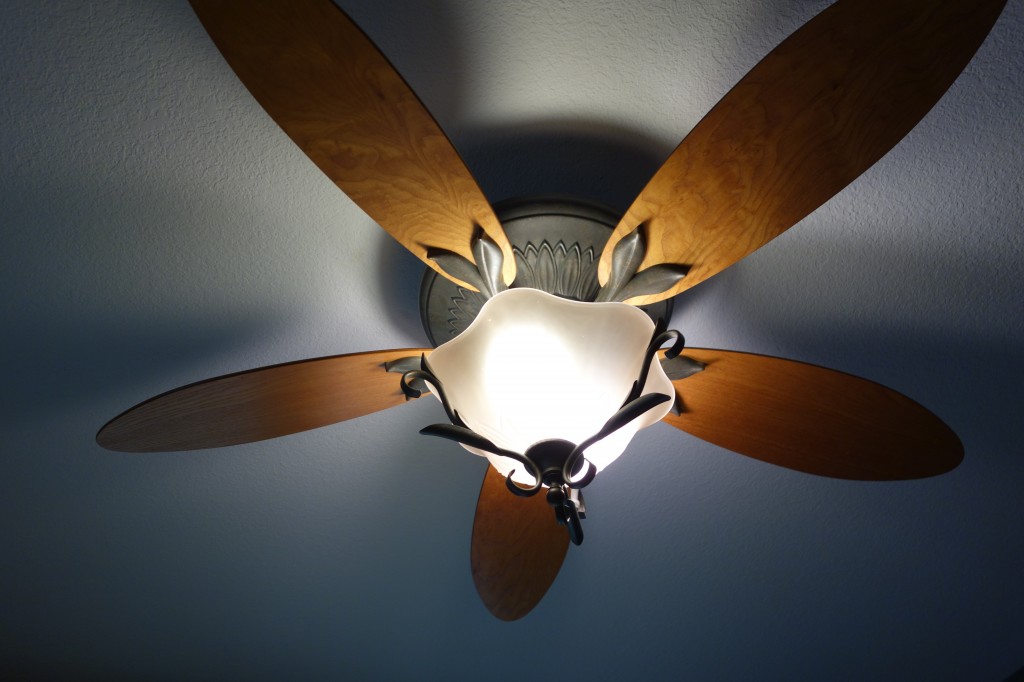 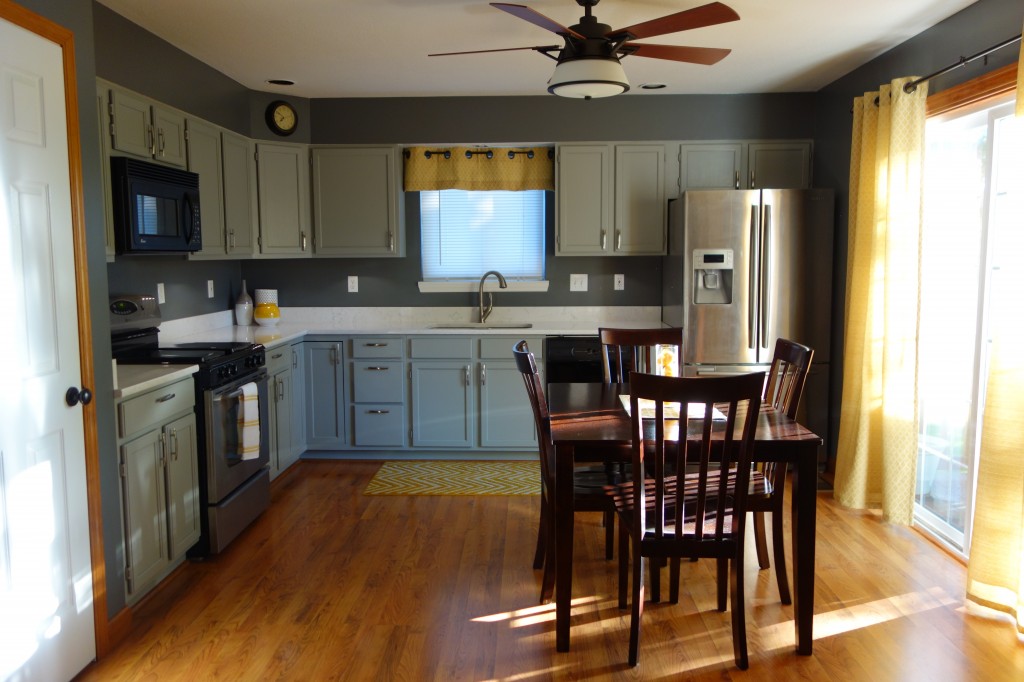