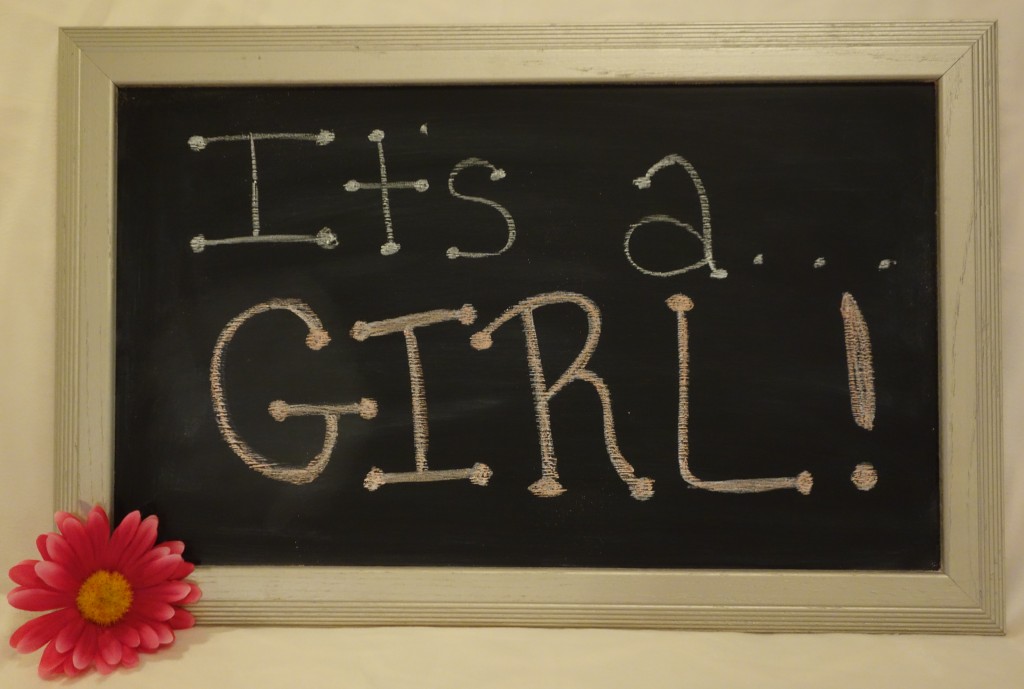 We stayed in constant prayer, and it wasn’t until two miscarriages later that we truly felt at peace with the decision to have surgery. I truly believe the Lord was with us throughout all of this, helping us make these decisions.

I thought the wait would be so difficult, and it definitely was at times. I read my Bible and prayed so much, so, so much. FINALLY, I stopped allowing my life to revolve around having a child and started to accept that my life’s purpose is instead to serve Jesus Christ. The wait became much less difficult once my focus shifted!

2 Dear brothers and sisters,when troubles of any kind come your way, consider it an opportunity for great joy. 3 For you know that when your faith is tested, your endurance has a chance to grow. 4 So let it grow, for when your endurance is fully developed, you will be perfect and complete, needing nothing. (James 1:2-4)

My surgery was in May 2014. Everything went extremely well.

In September 2014, we had a positive pregnancy test (If you’re keeping track, this is pregnancy #5). Our emotions were very mixed! We were excited and hopeful, but also still extremely nervous. Of course, we were hoping and praying that the surgery worked and that we would be able to carry this baby to term.

Around 6 weeks, I started bleeding. I was so afraid I miscarried again. After all, this is what happened with my last two. Through my uncontrollable tears, we prayed and prayed and prayed the Lord would take care of this child and would also help me calm down and trust in Him, regardless of the outcome.

At our ultrasound the next day, the sonographer said something about a heartbeat. I didn’t hear exactly what she said, and I nervously asked her to repeat herself. She said, “There’s the heartbeat. Do you see it there?” Oh the tears!!!! We had NEVER heard any of our babies’ heartbeats. Plus, I was expecting another miscarriage. I can’t even explain to you the emotions I experienced. Again, lots of prayers – prayers of praise and thanksgiving, also prayers asking the Lord to keep our baby strong and healthy so that we could raise him/her to know Jesus.

Of course, though, there had to be something funky going on. We couldn’t just have a normal pregnancy 🙂 (I wasn’t smiling at the time). Over the next several weeks there were worries of abnormal growths in my uterus and even a partial molar pregnancy. These things certainly concerned me, but, more importantly, they helped keep my prayer life strong.

At 8.5 weeks, we were referred to another specialist who was almost sure this was not a molar pregnancy and said she was “very optimistic” about this pregnancy.

At 9.5 weeks, another specialist reviewed my sonogram pictures and found I had developed placental lakes. These can potentially cause problems – the baby may not get the nutrients he/she needs, so he/she will no longer grow at a proper rate. Even though the doctor did not seem concerned, I was. This was the focus of many of my prayers.

At 12.5 weeks, the placental lakes were still there, but the baby was growing perfectly. This was such an answer to our prayers! I can’t even explain to you the relief we felt after this sonogram.

Now, at 20 weeks, it seems the growths and placental lakes are gone and that Baby Girl is developing perfectly! We absolutely know this is the Lord answering the prayers of sooo many people. It seems like each week I learn of someone else praying for this baby and us. It brings tears of joy to my eyes every time. If you are one of the prayer warriors, thank you so much! This child has been showered in prayer from before she was even conceived. How amazing is that?! We serve such an awesome God!

We continue to pray for the Lord’s protection over this child, as well as Mark and me, and trust in the Lord’s plans for our family, whatever those may be.

Now all glory to God, who is able, through his mighty power at work within us, to accomplish infinitely more than we might ask or think. (Ephesians 3:20)